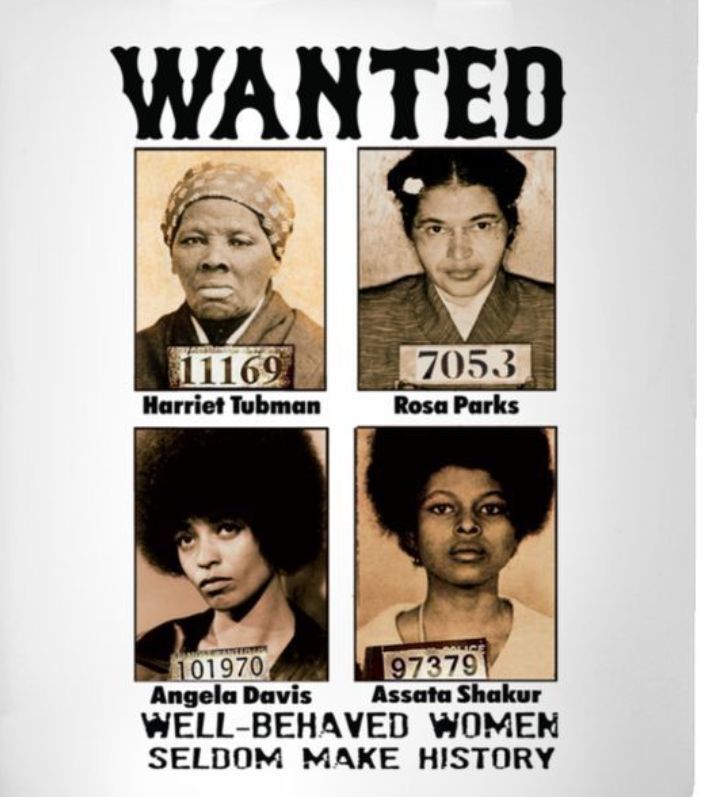 🚫 Behaving means NOT speaking up.
🚫 Behaving means NOT pointing out what's wrong
🚫 Behaving means NOT using my voice, my actions, and my platform to create change.
🚫 Behaving means change WON'T happen.
Being "well-behaved" just isn't an option anymore! 🤷🏽‍♀️
✊🏽 Harriet Tubman escaped from slavery and returned to Maryland in 1850 as an Underground Railroad “conductor.” She would go on to rescue over 70 slaves.
✊🏽 Rosa Parks refused to give up her seat to a white man on a Montgomery, AL bus in 1955. Her actions inspired leaders of the local Black community to organize the year-long Montgomery Bus Boycott, sparking the Civil Rights Movement.
✊🏽 Angela Davis was named to the FBI’s Top 10 Most Wanted Fugitives list in 1970 for her supposed involvement in the armed seizure of a California Courthouse. The incident helped shape her future as a political activist, academic scholar, and author.
✊🏽 Assata Shakur was a leading figure in the Black Liberation Army. She was given a life sentence for murder in 1977. Two years later, she escaped. She remains on the FBI's most wanted list.
With these strong, powerful, amazing women as role models, I know NOW is not the time to be "well-behaved."