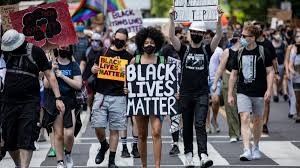 "You can't really know where you're going until you know where you have been." Those beautiful words of wisdom were bestowed on us by the phenomenal poet and author Maya Angelou.

Nelson Mandela said "Education the most powerful weapon you can use to change the world."

I launched my Black History & Culture Academy because as a college professor for the past decade, I believe in the power of knowledge. Unfortunately, Black history has been woefully neglected in our public schools and many students don't even learn any significant amount about the history of Blacks in this country throughout their K-12 careers.

There is no national curriculum or set of standards for teaching Black history in America. Only a small number of states, including Arkansas, Florida, Illinois, Mississippi and New York, have have laws requiring that it be taught in public schools.

In recent new analysis, reporters found that seven states don't even mention slavery directly in their state standards, while eight states don't mention the Civil Rights Movement at all. Only two states specifically address white supremacy, and 16 states list "states rights" as a cause of the Civil War.

Something is WRONG with this picture when many Americans are not aware of the practice of redlining as a legal policy to restrict housing to Black folk, that still affects the ability of Black people to build wealth and provide stability for their families through homeownership. It's the reason what I created a course in my program specifically about the pervasiveness of this practice.

And with all of the events that have occurred over the past few days, the next item on my agenda is to develop a course that drills down deeply on the history of Black voter disenfranchisement starting with slavery until the present day. I'll be working on that this weekend so I can roll it out as soon as possible.

So many people were deeply disturbed by what we witnessed occur at the Capitol over the past couple of days. As shocking as these events were, I think it's important to put them in the context of the history of our nation and how violence and intimidation have consistently been used as a tool to discourage and prevent Black folk from voting in order to keep us marginalized. If we can understand this as a pattern of behavior rather than an anomaly, we can develop appropriate responses when these atrocious events happen.

"We have to talk about liberating our minds as well as liberating society." - Angela Davis.